The Empty Place Where The Faith Used To Be

I'm typing from my phone in the middle of the night.  Someone showed me this blog today. I had lost it when I stopped posting. I forgot where it was and then I forgot that it ever was. When I read my two posts I felt like I reconnected to a part of me that I lost touch with, some far away person I used to know. And I am contemplating the empty space. And the long, long distance between that place and here.
Do we lose faith when bad things happen? When things don't turn out like we hoped? When repeatedly we pray for the healing and mercy for our loved ones and we see more sickness and struggle? Do we get weary and turn away? Is it too hard to look at? Do we give up? Do we get worn out from searching and stop? But it's not "we" that I'm really asking about, it's me. But right now the empty space feels desperately lonely so it feels much better when it's a we and not just me. This is the part when love hurts and I get confused. More will be revealed.
Posted by cynthiaaa at 12:31 AM No comments:

I feel goatish today.  But I believe I am really a sheep.  I need to check though, take an inventory.  I was hungry and you fed me, I was thirsty and you gave me something to drink, I was naked and you clothed me - In September I begain going on a weekly mission to bring food, drink and clothing to the homeless in our city. I was going with a guy I was dating. We were kinda sweet on each other. I loved visiting the homeless camps and getting to know the people and bringing clothes and food. Boyfriend and I had a falling out, and the ministry was with his church.  I stopped going. I felt like a goat.  I want to go back or find a similar mission.  I was in prison and you visited me - I went to see my own son in jail last Saturday, but my other son is in prison and I have not been to see him since his return there in July. I feel like a goat.  I was sick and you visited me.  A little over two weeks ago my friend was diagnosed with cancer I went to the hospital two times right after her diagnosis and then she went home. A few days later she was in ICU on a breathing machine.  I visited her several more times. The last time I sat and read to her and held her hand. I knew it was our last night. The next day they took her off the machine and she died.  I am a sad sheep.  I may be goatish at times but I am a true sheep at heart.
Posted by cynthiaaa at 1:02 PM No comments:

Love in the Darker Places

In my first posts, I am reflecing on how some of the stongest love lessons in my life have come from visiting maximum security prisons. The following post is reprinted from a blog journal I have been keeping since 2006:

Yesterday I visited each of my sons. That meant driving about 300 hundred miles and visiting two different maximum security prisons. Maximum security prisons are very brutal places. I have been visiting weekly this past month or so. Every Saturday. It's what I need to do to have the relationship I want to have with my sons right now. It is exhausting emotionally and physically for a number of reasons. Tony was recently transferred to a place about 2.5 hours away. One perk, perhaps the only one, for a prisoner getting transferred is they get to go for a ride and see some scenery, see what the world looks like. Tony told me I should drive through the little town of Charleston there near the prison. He said "Mom, it's really pretty, there are old houses with wrap-around porches and the Dogwoods are blooming!" I was so happy he could see the beauty of the Dogwwods and enjoy it, even chained to an iron box, on the prison bus. It's so bittersweet and it makes me cry every time I think about it.

But here's the point of it all. I realized that for him seeing Dogwoods in bloom  is not an ordinary thing, it may have been many years (he's been in prison at least 10) since he saw anything bloom. But he got to see it this year, and I got to hear him share it with me and see his eyes light up. Prison is bleak with little beauty. When he got there a guy had just been murdered by another inmate. Apparently they put two men in a cell who were not equally matched. An older, weak man with a strong and violent man. The older man cried out for mercy, begged for protective custody but the guards refused. He was brutally murdered. I hear stories like this from time to time. I cannot articulate the feelings I have about it all. Then I have the Dogwoods. Thank God they were there. Thank God he got to see them. Thank God he has the personality or the character to appreciate them and tell his mother about them and encourage her to see them too. I can't tell you what that means to me. He could be the murdered man, or he could be the killer. But he's not. He's my beautiful, strong, brave son. Still sensitive, still holding on to dignity and character in the bleakest and brutal of places. Still seeing the beauty.

I am grateful I have the courage to go and see him so that I can show him love. Love is an action. Love involves sacrifice. Love is driving all those miles and being led into the bare, concrete rooms by guards who sometimes remind me of the grim reaper. Love is waiting on the sidewalk in line in the cold for as long as it takes so I can see my son's face light up he sees me. So I can love him in person. Even if it means seeing him bound in chains, holding a telephone with his hands cuffed painfully tight to a chain around his waist. Love is showing up, no matter where I have to go.
Posted by cynthiaaa at 6:04 AM No comments: 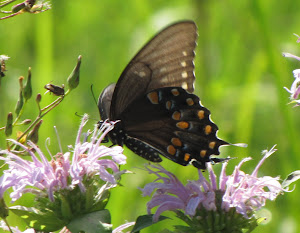